Holland Seaside Group Chalks One Up for Light and Air 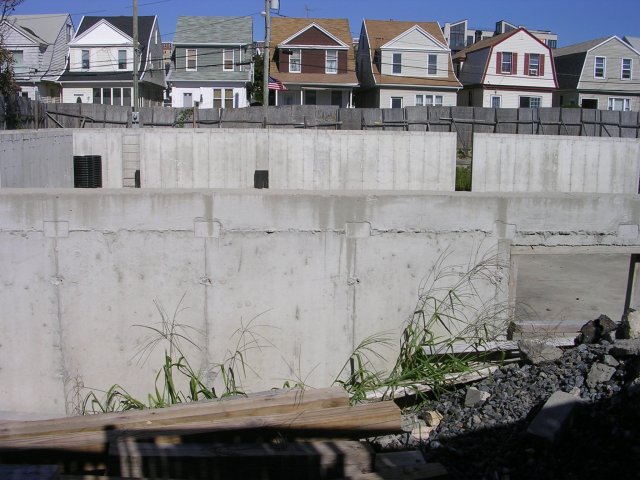 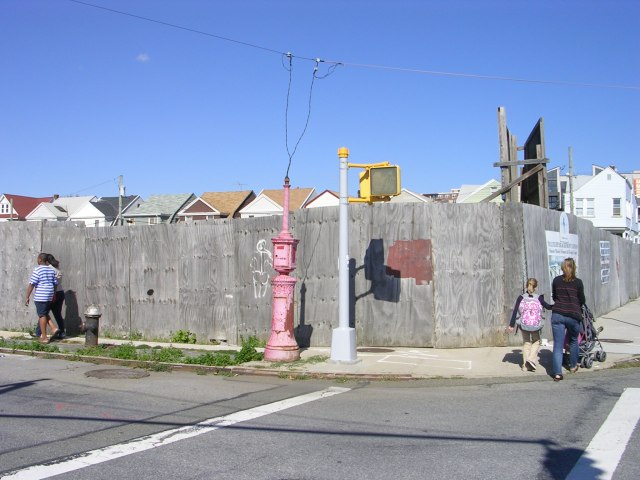 Time is Running Out for Developer

Money makes people (and organizations) do irrational things.  Take a perfectly sensible developer like The Frameworks Group, which built the lovely and successful, low-rise, Belle Shores Condominiums on Shorefront Parkway in Rockaway Park, near St. Camillus and The Irish Circle. Fabulous homes.  With their own private parking spots! Neighborhood loves them. Why mess it all up by proposing a 6-story tower less than 10 blocks away in Rockaway Beach that will draw the ire of homeowners adjacent to the site?  Maybe because the “other guys” got to build their big, air and light-gobbling towers nearby, before the zoning was changed to prevent it?

At the monthly meeting of Community Board 14 on Tuesday, September 14, a large group of Rockaway Beach homeowners showed up with a petition signed by at least 100 residents who oppose the building, as presently planned.  The petition drive was organized by a relatively new civic group called the Holland Seaside Community Association.  About 30 of the Community Board’s 50 members voted narrowly against recommending an extension of time for the developer to build under the old zoning rules.  The new zoning rules don’t permit 6 stories, and require that one parking spot be built for each unit.  The New York City Board of Standards and Appeals now has to decide, and they are not bound by the CB 14 vote.

Under city rules, community boards must tally all of their votes by name, and the public is entitled to know how each member voted.  Boards in other neighborhoods eventually post such information online.  I have been advocating for CB 14 to get a website established since earlier in the year.  They are working on it.  But not fast enough, in my view.  More community activists need to step forward. Otherwise, effective citizen participation will remain missing in action on the peninsula.    The phone number for CB 14 is 471-7300.  The email address is cbrock14@nyc.rr.com.  Call or e-mail them to say hello!

You've entered the cyber-locale of Vivian Rattay Carter, a grant writer employed by Women's Housing and Economic Development Corporation in The South Bronx. I've lived and worked in the New York metro area since 1979, in diverse places like Astoria and Rockaway Beach (Queens), Kensington and Windsor Terrace (Brooklyn), Grand Street and Tribeca (Manhattan), and Norwood, Woodlawn, and Riverdale (The Bronx). I treasure the amazing parks, architecture, and cultural institutions of our multicultural city, as well as the musicians and music lovers who enjoy congregating here.
View all posts by rockviv →
This entry was posted in Business and Economics, Local Government-Rockaway Peninsula & Broad Channel, The Built World and tagged community, community board, developers, local news, meetings, NYC, Rockaway. Bookmark the permalink.