The Vandalia Dunes Are Gone–Is Four Sparrow Marsh the Next to Go? 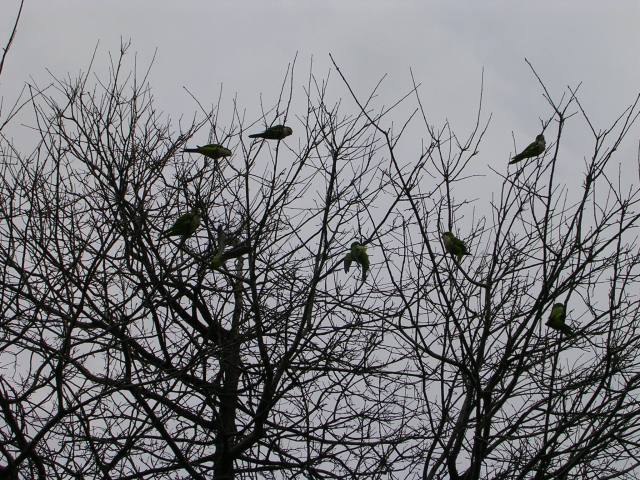 Not Four Sparrows--Just the Famous Monk Parrots of Brooklyn!

Frankly, I’m shocked about the new stores being proposed for just north of the Flatbush Avenue exit of the Belt Parkway, near Toys R’ Us.  However, members of Community Board 18 in Brooklyn have “warmed” to the idea, according to Tuesday’s Wall Street Journal.  I’m sure the local chamber of commerce is also ecstatic.

Fifteen acres worth of a new Cadillac dealership and additional retail stores are proposed, with up to 800-some parking spaces.  The developer, Forest City Ratner, sponsor of the controversial Atlantic Yards project, has declared that the area is “underretailed.”  As someone who had to pilot a vehicle efficiently from Rockaway to Brooklyn College several days a week during rush hour traffic for two years, I must say I have never shared that perception.

I’m sure that Forest City Ratner sees all those sports and recreation buffs pouring off the Belt Parkway into the Aviator facility at Floyd Bennett, and they see “Sports Authority” dollar signs.  A place where you can buy your paraphernalia for skating, biking, hiking, swimming, ball sports, or jogging.  Easy on, easy off!  Unless the Mill Basin drawbridge is open, of course…

The proposed plaza is being called the “Four Sparrow Retail Center at Mill Basin,” in honor of the 67-acre marsh it will be buffered from, one of three nature preserves in South Brooklyn under the jurisdiction of the New York City Parks Department.  As I read the fact sheet about the site published by the New York City Economic Development Corporation, which you can search for at www.nyc.gov, one-third of the existing nature preserve acreage will be gobbled up once the project is completed.  Yet, EDC says that the preserve will be buffered, and there will be “negligible environmental impacts.”  People from the Parks Department will tell you that 90 percent of the wetlands in the city have disappeared, so you have to be extremely skeptical of EDC’s statement. 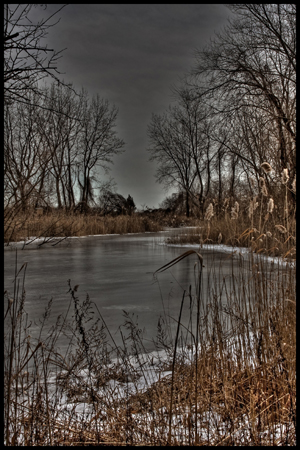 Perhaps the Gateway Mall built several years ago at the Erskine Street exit of the Belt Parkway should have been named the “Vandalia Dunes Plaza,” as a tribute to the critical wildlife habitat that was forever lost beneath its concrete infrastructure.  While we’re at it, why don’t we just run the Rockaway Beach boardwalk over the piping plover nests, and then name it something catchy like the “Walkway of Extinct Species?”  Just be sure there’s wayfinding signage to mark it clearly for all the tourists.

I don’t know about you, but the Gateway Mall hasn’t changed my life.  Perhaps you know somebody who has gotten a job there, but I don’t.  If there are jobs, most are surely on the low end of the wage scale.  I think I’ve shopped at that retail area about five times since it opened.

In order to shop at Gateway Mall you need to get on a highway that is often clogged with traffic, choosing to bypass competing stores in Howard Beach/Ozone Park, Queens, and Kings Plaza in Brooklyn that are reachable by local streets.  Seems like the judgment of whether an area is “underretailed” or “oversaturated” with stores is in the eye of the beholder.

I guess I’m just not much of a shopper. Call me a misguided idealist.  I yearn, not for Pizza Hut, but for existing government facilities and cultural institutions to be used to their full capacity, in cooperation with local community groups.

The most worthwhile destinations in that part of Brooklyn, at least to me, are: the spacious indoor pool in the Brooklyn Sports Club at Starrett City, where my children learned to swim; the city sanitation facility nearby where we used to get free “black gold,” or garden compost, in the spring; and the Sebago Canoe Club in Canarsie, where I still spend many weekend afternoons enjoying passive recreation on Jamaica Bay from spring through fall.  Give me a potluck at our club featuring one of Steve Heinzerling’s D’Artagnan meat stews, and I’ll choose that, any day, over Outback Steakhouse.

Will government agencies be more vigilant over these new proposed Flatbush Avenue operations than in the past, considering that less than a mile away, four businesses were recently charged with persistently discharging raw sewage unlawfully into Mill Basin?  If not, it will be a miracle if even three sparrows are left in that part of the bay, let alone four.

Correct me if I’m wrong, but I was under the impression that when Robert Moses developed the network of parkways in the metropolitan area, he intended for them to be surrounded by trees and other scenic vistas, pretty much in perpetuity, so that the downtrodden urbanites escaping to Jones Beach for a day trip didn’t have to look at stores and other concrete structures along the way.   Why this impulse to “mall” the Belt Parkway, from end to end?  Perhaps we should ask the Regional Plan Association to enlighten us on this subject.

An eye-opening statistic was cited by the Department of City Planning at a community meeting I attended in the summer of 2010.  The population of New York City grew by 100,000 in the fifty years from 1950-2000, while it ballooned by 400,000 in the ten years from 2000 to 2010.  New housing for these residents was priced at the medium to high end of the scale, for the most part.  So now we need lots of new jobs–and the wages from working at a Sports Authority store probably won’t cover mortgage payments on a home or condominium with a $400,000 price tag.

Sensible people realize that this rate of growth and development in an already overcrowded city is not sustainable.  Of course, sensible people also realize that you have to plow the streets of the outer boroughs when it snows a foot, and that in order to plow, it makes sense for cars to be moved off the streets and parked in driveways or parking lots.  Otherwise, the city grinds to a halt.

Common sense, it seems, is not so common these days.

You've entered the cyber-locale of Vivian Rattay Carter, a grant writer employed by Women's Housing and Economic Development Corporation in The South Bronx. I've lived and worked in the New York metro area since 1979, in diverse places like Astoria and Rockaway Beach (Queens), Kensington and Windsor Terrace (Brooklyn), Grand Street and Tribeca (Manhattan), and Norwood, Woodlawn, and Riverdale (The Bronx). I treasure the amazing parks, architecture, and cultural institutions of our multicultural city, as well as the musicians and music lovers who enjoy congregating here.
View all posts by rockviv →
This entry was posted in Business and Economics, Creatures of the Planet (Non-Human), New York City Government, The Land We Share, Water and waterways and tagged developers, Jamaica Bay, local news, NYC, NYC Parks & Recreation. Bookmark the permalink.