Is Independence a Fiction in Bloombergville?

View of Rockaway boardwalk from The Seavon Condominium, Beach 119 Street

Independence Day is one of those American holidays celebrated with disparate emotions among the populace.  Are you part of the investor class or a wage earner?  Wage earners live for the weekends, particularly the three-day ones.  Those of us who enjoy weekends don’t even think to applaud organized labor, the much-maligned establishment that bargained to achieve such regular lulls in our work schedules.  The investor class budgets “free time” instead.  We all look at the world through different lenses.

For many, this holiday is a time for eating outdoors at a BBQ.  We used to call them “picnics,” and during my youth, they were “company picnics,” with the entire bill footed by my father’s employer. For others, the “church picnic” was paid for by your house of worship.  In the early 1990’s, my family started calling the July 4th outing a “family reunion,” and we all chipped in to share the cost.

Depending on your circumstances, travel to far-flung family reunions may be a luxury long ago abandoned, due to higher air fares and fees, and gasoline prices.  So, I trekked to the Statue of Liberty and Ellis Island for some “face time” with my teen-aged daughter last weekend, where we met relatives visiting from Ohio and Pennsylvania.  We felt fortunate to avoid a hefty bridge toll and/or parking fee, and were able to enjoy the entire day of activities (plus some snacks) for less than $50 because it was Sunday, when you can park for free on the streets of downtown Brooklyn, then grab a quick subway ride to lower Manhattan.  Sometimes, I count my lucky stars that my kid is a history wonk with a strong interest in her immigrant ancestors; she’s completely satisfied by such an outing. 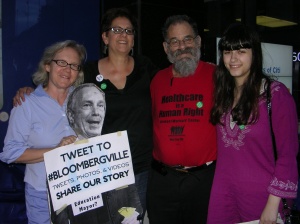 This year’s Fourth of July celebration carries emotional baggage for many.  The “jobless recovery” has continued the enrichment of the few at the expense of the many.  Those of us who are struggling to make a living in the actual free-market world, fear continued income volatility like the plague.  I consider myself neither a wage earner nor part of the investor class, a group which often seems to be insulated from risk.  I don’t punch a time-clock or receive a regular weekly salary; I’m a self-employed commissioned advertising salesperson.  Like many others, my life has become a game of watching the bills go up, and figuring out how to put off a few expenses into the following month.  Avoid taking vacations; put off buying clothes and household furnishings.  Since I can write off the substantial cost of operating my car, a tax refund helped me get through a few months.  But my fortunes are highly dependent on tangible market perceptions. The spring advertising bubble is almost evaporating into the summer funk. Do people still pick up The Wave and read it in the summer months?  I try to remain positive about that.

My thinking has been illuminated after reading a recent Mother Jones piece by Kevin Drum entitled:  “Why the Democratic Party Abandoned the Middle Class.” Drum explains the past three decades as a continued struggle for the soul of the progressive movement, replayed as a battle between mainstream, middle-American, mostly white union activists and the New Left that arose in the 1960’s (associated with struggles for peace, civil rights and environmental regulation).

There is still a major disconnect between these two wings of the Democratic Party.  Today, the right and center portions of the New Left are being partially co-opted into Mayor Bloomberg’s version of the “Independence” Party, if through no other means than the two-pronged, lavish spending of PlaNYC funds to stimulate green programs, and the elegant refurbishment of public school buildings as the new abodes for the charter school movement, untethered from union control, of course. What’s unclear is whether there will be high standards at such new schools, and whether the community will have a say in their management.  We also have no sense yet of how much of the public funds invested in green infrastructure projects (through PlaNYC and federal stimulus funds) are expensive, wasteful gimmicks.

President Obama’s most reliable support in the upcoming election should surely come from the same voters in the Democratic Party who have been co-opted by Bloomberg.  Locally, the Mayor and the U.S. Interior Department have become cozy partners for the revitalization of Floyd Bennett Field, and the last remaining, thorn-in-the-side community advocate, Congressman Anthony Weiner, is now out of the way. Will the Mayor and the Interior Department include community members in the process, as private corporate investors and out-of-town recreation advocates with grant money seek to host festivals and concerts, build windmills and solar panels and expand campsites and bike lanes? Probably not.

Their objectives may not differ so much from the desires of those of us who live here, but grass-roots democracy is a farce when community meetings are mere window dressing for the finished product, devised in private meetings among the players with money and power.  After all, what politician is going to bother seeking real input from residents living on a peninsula where the median annual income is less than $30,000?

Drum believes the central task of the new decade for progressives is to “rebuild the infrastructure of economic populism.”   But when it comes to the health of grass-roots democracy and how to revitalize it, the 300-pound gorilla in the room is the question of power.  The two major parties hold the power of corporate money, and control of the mainstream media.  They use these tools to serve their constituency, that is, the people and entities with money and power.  There is very little difference between Democrats and Republicans, in my view.

Enjoy Independence Day, but remember–we’re not as free as we think we are. 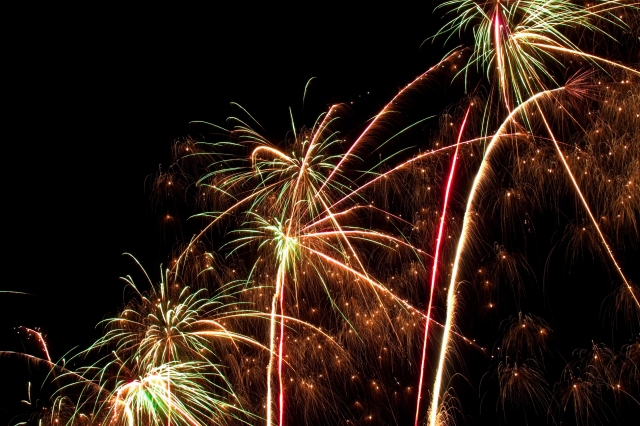