Is There a Democrat in the House? And Could Somebody Get Me a Pair of Scissors?

How appropriate–Weiner’s standing on the far left, Turner’s on the far right!

It got downright unruly over there at the Bungalow Bar on Thursday, October 21.  The candidates for U.S. Congress, Weiner and Turner, were invited to speak at a lunch forum sponsored by the Chamber of Commerce.  Since there was a charge for the lunch, and conventional wisdom says Republicans are generally better off financially, the place was packed with “elephants.”

The very first question put to the candidates tackled the health care debate.   After each had stated pros and cons on the issue, it was Weiner’s turn for rebuttal.  When thunderous applause greeted his attempt at ironically suggesting that “well, maybe you WANT to get rid of the President’s health care plan,” Weiner probably knew this was not his crowd.  Even if his sign-wavers on the sidewalk outnumbered Turner’s by 3 to 1!

And while the Republicans packed it in at the Bungalow Bar, the mood was more bi-partisan and wholesome at the mid-day ribbon cutting for the new Seaside Library renovations.  It’s so touching to see and hear adorable schoolchildren spouting poems about the joys of reading!  During the “small talk” in advance of the photo op, I said that I thought some of the civic groups in Rockaway needed to be more democratic.  Ulrich, who I find to be pleasantly partisan in a droll way, couldn’t resist adding: “with a lower case ‘d’, if you don’t mind!” 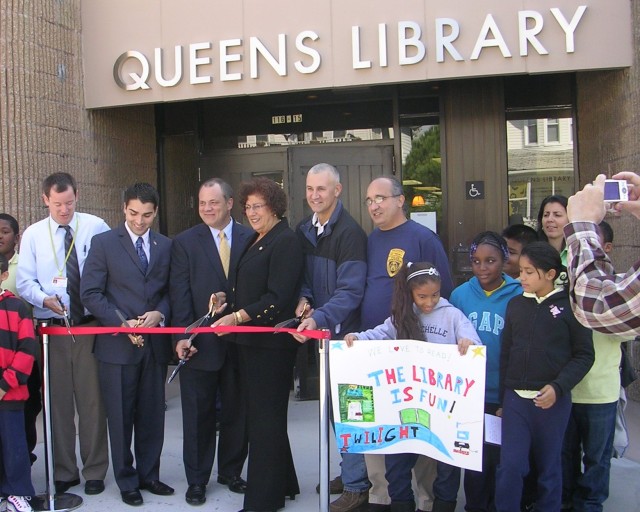 Later in the day, it was time for another largely partisan celebration—this time for the Democrats–at another ribbon-cutting, for the new Arverne-by-the-Sea grocery store, Super Stop & Shop.  Jon Gaska was quoted on Tuesday in the New York Daily News, noting that our neighborhood is unique in its ability to get excited about a simple new amenity like a grocery store.  It’s sad in a way…

I’m attaching a gallery of photos from the ribbon-cutting.  For those who hadn’t planned on visiting the new store anytime soon, it’s sort of a virtual tour.  Not just of the store, but of everybody who’s a civic “anybody” these days in Rockaway.  Enjoy! 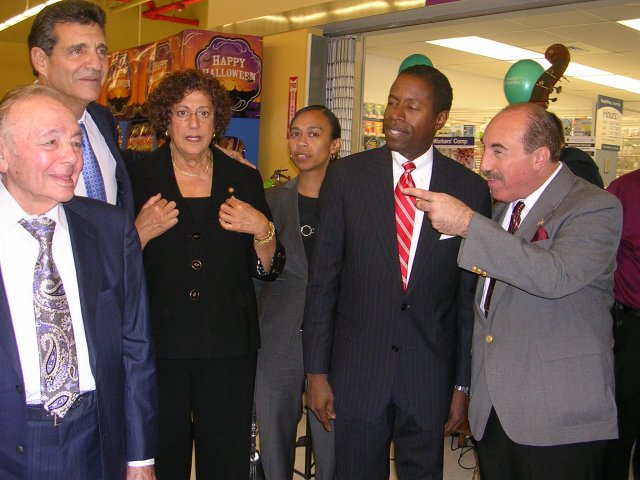 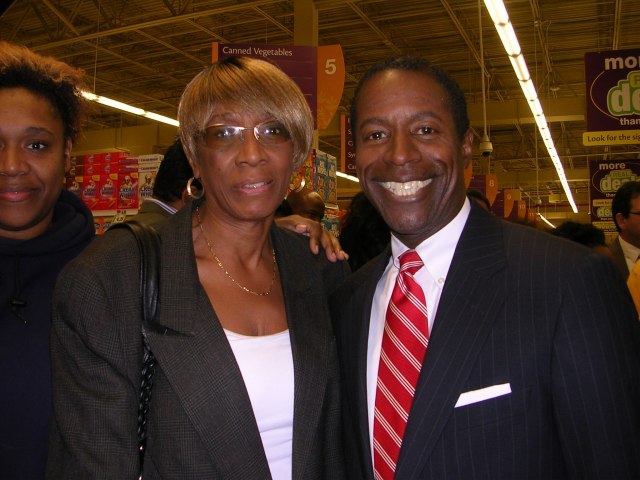 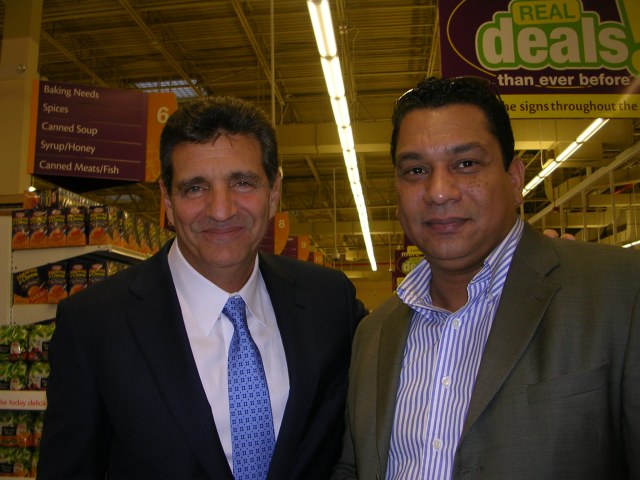 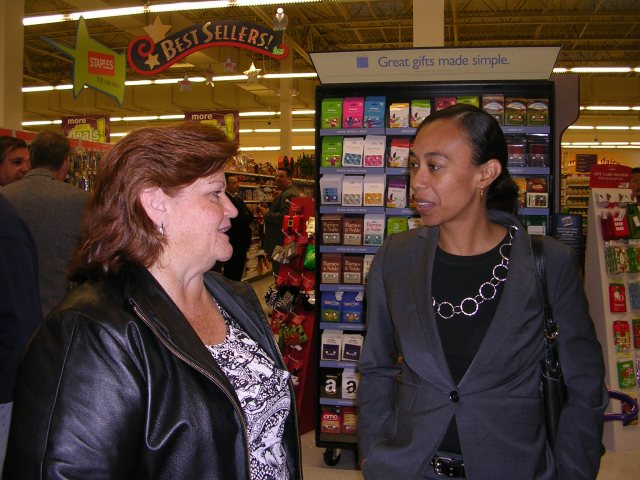 Finally, here’s a follow-up on blog entries posted over the past six weeks on “Oy Vey Rockaway.”  The battle over the proposed high-rise tower at Beach 93 and Shorefront Parkway (see “Holland Seaside Civic Chalks One Up for Light and Air”) has ended.  But it didn’t end well.  The NYC Board of Standards and Appeals granted the developer’s right to build all six stories of condos.  Disappointing news for the homeowners on the block.

Release the pigeons!!!  Community Board 14 has a shiny new website.  Just go to www.queenscb14.org.  The site lists the names of all the members, and a directory of the committees.  Let’s give credit where credit is deserved, even if the website was long overdue.  Now we need to get the minutes of the meetings posted, and it becomes a truly meaningful effort.

The City Council Members’ Rockaway Task Force held another public “listening session” on Wednesday, October 20.  Attendance at the first meeting was about 60; it dropped to about 40 for the second meeting; The Task Force members are earnest and well-meaning, but the panel has two problems.  Although there have only been two meetings, an east end member of the panel was absent each time.  Also, the Task Force seems to be suffering from the same Rockaway disease that afflicts CB 14—possibly as insidious as diabetes or asthma—and that is lack of communication of its message. The meetings only seem to be drawing the most dedicated and concerned of civic activists.  OK, so the Task Force meeting was competing against a Yankee playoff game… My column, Rock Solid, which appears in The Wave today, suggests some solutions for these problems.  I hope you will get a chance to read it.

The Task Force provided a written agenda at the meeting, a copy of which is attached. TaskForceAgendaOct20 The agenda summarizes the suggestions from the first Task Force meeting.  The group’s email address to which you can send comments is Rockawaytaskforce@gmail.com.

As a special feature for those of you who love box scores, I am attaching the OFFICIAL Greater Rockaway Quality of Life Scorecard, a grid listing two dozen items I call Greater Rockaway Improvements, Projects & Events (“GRIPES”).  There is space on this grid to estimate the chances of finding a solution on each GRIPE, and to chart the various agencies and organizations that could help, or hinder the effort to find solutions. As a special bonus, there is a blank grid that allows you to compile your own list of GRIPES.  Although I don’t have the room to summarize all that was said at the second Task Force meeting, be assured that virtually every single item that came up for discussion is listed on my Scorecard.  Be forewarned, this is targeted at total civic improvement geeks, like me and some of the other folks from My Rock Park.  Score away, Joe Hartigan! Scorecard

This is my last blog entry until November rolls around.  I will be on the water for nine of the next ten days—on a JBay inspection tour with the Coast Guard, then sailing as an education program volunteer on Pete Seeger’s famed Hudson River Sloop Clearwater.  I promise to return on November 1 with great photos and stories from my travels.